You are here: Home / Archives for Other Cuisines 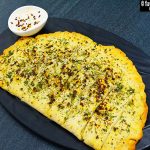 Domino's Style Garlic bread | Garlic bread is one of the most savoured dish in my home. This Cheese and corn stuffed garlic bread recipe is a detailed and an awesome one. You must not miss making this at your home. Garlic bread is generally served as an appetizer or starter before meals. Mostly consumed with a pasta and pizza meal, this is indeed favorite of many. When … END_OF_DOCUMENT_TOKEN_TO_BE_REPLACED

Barnyard millet is commonly known as Sama, samak ke chawal, bhagar, jhangora, samo and Vrat ke chawal in India. It is called as Psuedo-cereal as it is not a cereal but its uses and cooking method is just as a cereal only. Therefore, it is very commonly used in preparing the falahaar dishes for fasts during Navratris or some other fasts too, like Maha Shivratri and Krishna … END_OF_DOCUMENT_TOKEN_TO_BE_REPLACED 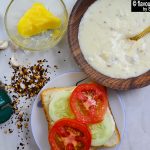 White Sauce recipe is a classic french sauce recipe, which is also known as Bechamel Sauce. It is one of the most basic sauce (mother sauce) in the French cuisine. I had my first, authentic, white sauce pasta, or Bechamel Pasta (now as I know what it is called) in a restaurant. The beautiful penne pasta with a few colourful veggies, coated perfectly with the creamy, hot … END_OF_DOCUMENT_TOKEN_TO_BE_REPLACED

These eggless Cinnamon rolls are light, fluffy, glazed with sugar and flavoured with cinnamon. These are a great accompaniment with coffee and tea and are also known as breakfast sweet rolls. Cinnamon Rolls are a kind of sweet bread filled with cinnamon and sugar. Mornings can't get any better with these cinnamon rolls and a cup of hot steaming coffee. What are Cinnamon … END_OF_DOCUMENT_TOKEN_TO_BE_REPLACED 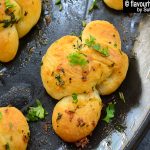 Garlic Knots are classic Italian Pizzeria snack. They are a type of garlic bread, made in small sizes with lovely knots and an aromatic flavor of garlic and herbs. There's actually no clear information on how and where garlic knots originated but they were made to utilize the scraps of the dough by the pizzerias. No wonder, they were the most inexpensive item on their … END_OF_DOCUMENT_TOKEN_TO_BE_REPLACED